In our explore United Kingdom box, we introduce families and kids to basic information about the country and how the British colonies influenced British cuisine. Including in the box are 3 popular recipes.

Chicken tikka masala is one of British national dishes! According to folklore, a British gentleman in the 1960s decided his Chicken Tikka was too dry. The chef added a can of tomato soup, spices, and some yogurt – creating the famous sweet and tangy ﬂavor.

The Irish cure to a cold winter night - a rich stew full of tender lamb, potatoes, turnips and carrots. This is also a national dish of Ireland.  This dish requires oven slow cooking, which yields lamb that is so tender, it falls apart.

Shepherd’s Pie, the epitone of comfort food, can be found at every Irish pubs.  Meat pies started in England because people would use leftover Sunday roasts and topped it with mashed potatoes to make another dish.

We had a great time exploring the UK with eat to explore. Great experience.

Fun concept but lacks value for money and flavor

I really like the idea of combining food, cooking and culture but the execution could be more polished and authentic. Packaging: The box it comes in always arrives in tact. Box Contents: Recipe cards - instructions are clear and easy to follow. The questions/fact sheets are interesting but the content isn't consistent - every month it is completely different and you can't compare one from another. The monthly kitchen item is cheap and the country pin is nice and I don't care for it. Recipes: The recipes are bland and lack flavor. Overall, eat2explore has novelty appeal but it feels really expensive for what you get. 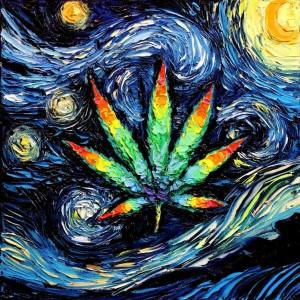 My daughter is an inspiring chef but also a picky eater. Since eat to explore she eats everything she cooks and is even learning her own flavor combos!! I can not recommend this enough.

It is interesting to get a box from the South and you have a vegan dish. I am from the South, so I was a bit disappointed that they were not represented properly. The Southern diishes are always with meat and seafood, of various forms; fried, barbequed, smoked, etc. I like that one recipe called for pulled chicken but it is typically pork or beef. A Texas Chili recipe would have been more entincing, as Texas is known for excellent Chili. Interesting

It was so good! My husband and I enjoyed every meal and had fun trying things we never would have!